Arkansas bred, Los Angeles based singer, songwriter and multi-instrumentalist, bLAck pARty, announces the release of his third studio album Hummingbird due July 14th via Wolf + Rothstein/RCA Records. The announcement arrives alongside a new single and live visual for “On My Way,” a soulful r&b track that captures the unique eclectic sound of bLAck pARty. Produced by bLAck pARty and Willy Yanez with additional production by Beat Butcha, listen to “On My Way” HERE and watch the live visual, directed by The Reggies, HERE.

bLAck pARty on new single “On My Way”:

“I wrote ‘On My Way!’ in the thick of 2020 with Willy Yanez and my father, Kevin Flint. When working on my album, I brought the song with me into 2022 and we pushed to finalize it with Beat Butcha. The song is very close to my heart, it’s more autobiographical than you would think. I’m always late but it’s important to me that the people I love know that I think of them while they wait for me.” 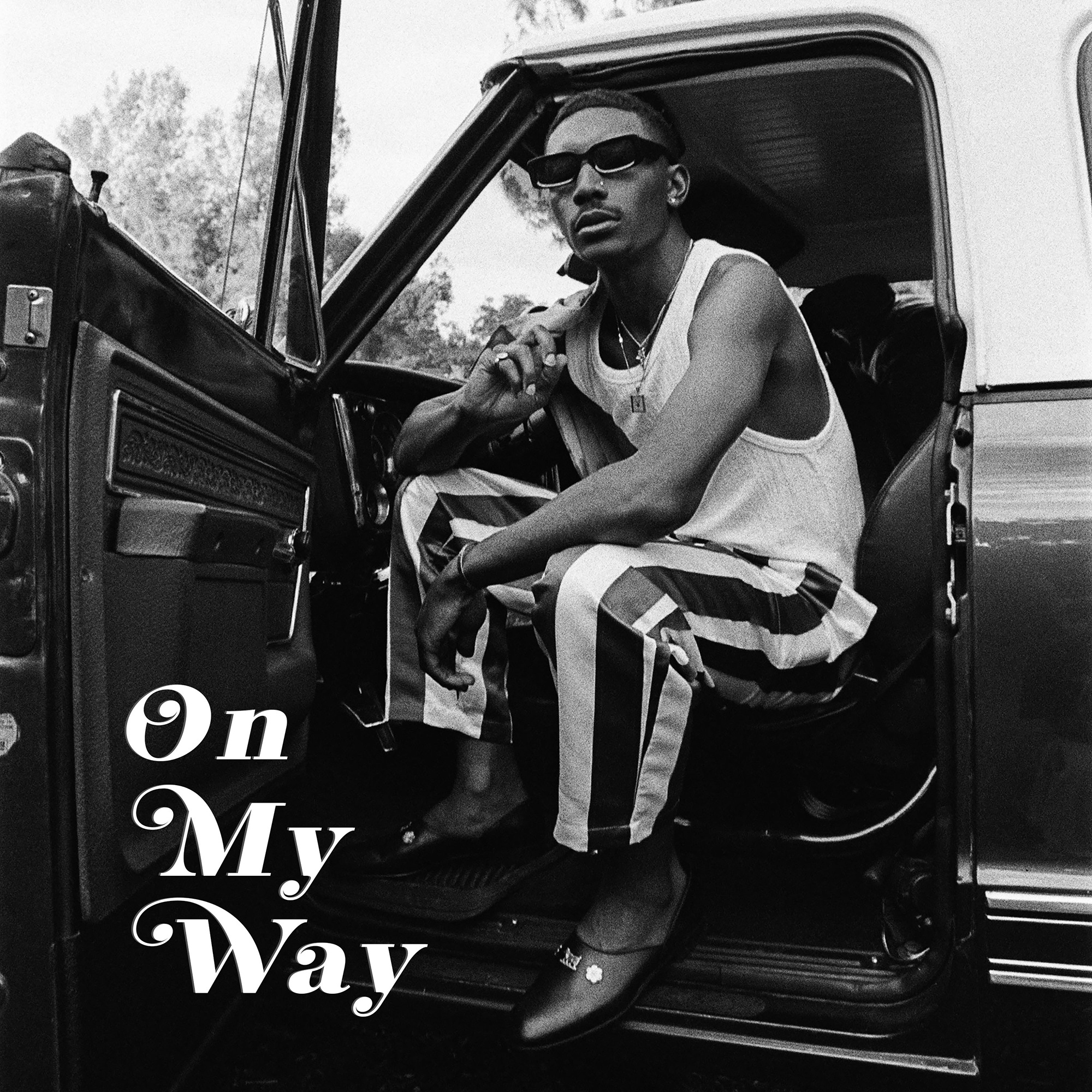 Last month, bLAck pARty returned with his new single “Hotline.” Produced by Lido and directed by frequent collaborator Dylan McGale, the airy psychedelic track brings you into an 80’s-style home as bLAck pARty wanders around every room as his sultry voice sings “pick up the phone when a real one call ya.”

Listen and watch “On My Way” and stay tuned for more from bLAck pARtycoming soon.

A visit from a hummingbird is an ethereal experience, highlighting the perpetual motion of life and nature. A series of encounters with these tiny fluttering creatures felt like more than coincidence to LA-based artist Malik Flint, otherwise known as bLAck pARty, whose forthcoming third album, Hummingbird, is dedicated to these uncanny experiences. While working on his first project Mango at a house in Los Angeles, where Malik had been invited to stay and work by Donald Glover, his booming sub bass attracted a hummingbird that lingered daily at the doorway to the studio. Only appearing when he played music, Malik understood the hummingbird’s presence as spiritual and began to identify the hummingbird as a personal totem.

He later learned their indigenous symbolism teaches perseverance and positivity, and their ability to attract mates through elaborate acts, like singing with their tails, resonated with Malik on a deeper level. The album, an amalgam of sounds that sprawl and pull from psychedelic, funk, R&B, and reggae, channels hummingbirds in both sound and theme. Its opening track, “Blues”, finds bLAck pARty’s sultry voice referencing their avian stunts over beats that vibrate like wings. As a collection, the record moves at a steady pace, dynamic in its spectrum of hip shaking grooves and consistent in its ability to command attention.

Malik describes the moniker bLAck pARty as a nod to the collective power of Black music and the tradition’s contributions to the world. Born in Arkansas, Malik was raised an army brat by a musically-inclined family—his mother is a singer and his father, brothers and sister have all played parts on his records. From Tennessee and Kentucky to California and Colorado, Malik experienced a diversity of environments from a young age, always rooting himself in the music he grew up with: Jimi Hendrix, Sly and the Family Stone, Shuggie Ottis and Musiq Soulchild to name a few. bLAck pARty is in Malik’s words “a celebration” of all the elements of Black music that solidified his sound as an artist, spanning from soul and gospel to funk, rock and roll and even country music. Any listener familiar with the quintessential, voluptuous funk of neo soul mainstay D’Angelo will immediately take note of his influence.

Malik’s knack for blending sounds is evident not just in his music or the meaning behind bLAck pARty, but also in his approach to collaboration. A cornerstone of his career so far, working with others is at the root of his musical journey. Malik recalls playing trumpet and horns in his middle school and high school marching bands before producing, engineering and recording others like rapper Kari Faux and pop/R&B duo Chloe x Halle. At one point he was in a rap rock band called Flint Eastwood, and his first record, Mango, was the result of finding a community to share demos with on Twitter and Soundcloud. Working closely with Kari Faux early in his career opened doors to working with acclaimed actress, writer and producer Issa Rae on the music for her hit HBO series Insecure, and cemented an impactful relationship with multi-hyphenate artist Donald Glover, culminating in signing to his Wolf + Rothstein label in partnership with RCA and  contributing to Glover’s critically acclaimed 2016 Childish Gambino album “Awaken, My Love!”.

“I just wanted to make something that was different, but still felt like it would last,” Malik says about putting Hummingbird together. The album marks both a new chapter in his life as well as an important creative lesson. When the world was trying to tell Malik something, he listened. Hummingbird, in all its exquisite tones and textures, is his response—the world should listen.