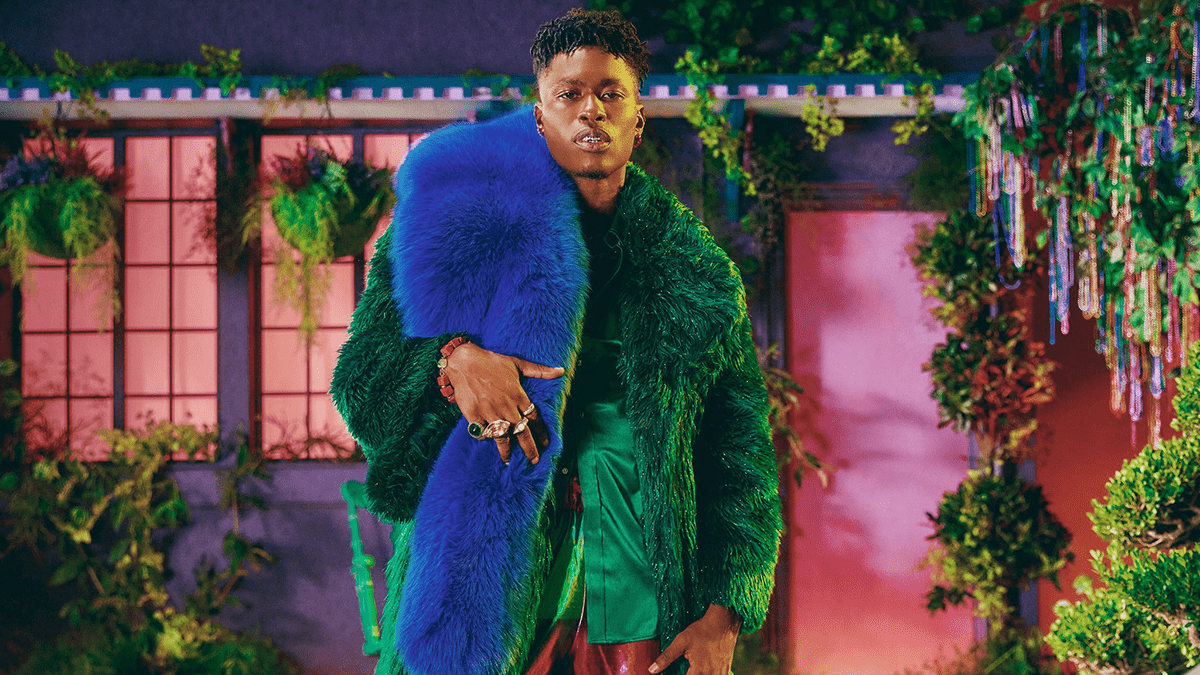 Produced by longtime collaborator D’Mile,Candydrip explores Daye’s redefinition of modern R&B through a futuristic, Sci-Fi world, shaped by the inspiration of Afrofuturism. The 17-track body of work is the taste of a new era for Lucky, one that celebrates his rise to stardom, while still bringing listeners on a ride they’ve never experienced before. Also, along for the journey are collaborators and friends – rapper Smino, modern Chicago–drill zeitgeist Lil Durk, and synth-soul group Chiiild.

Candydrip continues the sensory experience that Lucky first introduced with Painted, only this time, it’s taste over sight. “Candydrip focuses mostly on flavors,” he explains, “and the idea of flavors versus Painted, which was about colors. These are a bunch of different flavors of songs, giving you ear candy in different ways.”

Lucky Daye is set to embark on a tour through North America this spring, kicking off March 18th in Portland, OR, which will hit major cities including Los Angeles, Atlanta, Chicago before culminating on April 25th at New York City’s Terminal 5. See the full list of dates below, more information can be found at https://www.luckydaye.com.

Daye is currently nominated for two 2022 GRAMMYs in the Best Traditional R&B Performance and Best Progressive R&B Album categories for his EP Table For Two released last Valentine’s Day (Feb 2021). The project features some of the industry’s most accomplished female artists, including a collaboration with recent-breakout star Yebba entitled “How Much Can A Heart Take.” The two delivered an emotionally-charged performance of the single on Jimmy Kimmel Live!.

In addition to his accolades for Table For Two, Lucky Daye also contributed a stellar rendition of Marvin Gaye’s “Mercy Mercy Me” as part of Spotify’s popular series Spotify Singles; collaborated with the legendary Earth, Wind, and Fire for “You Want My Love”; and performed at last year’s Day N Vegas Festival.